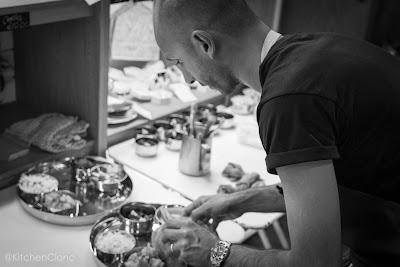 Last weekend was simply a dream come true! Starting from Friday afternoon where I cooked my Kheer Brulee for Eleri Sion on BBC Radio Wales! It was a hoot, she's hilarious and it was my first proper media cooking demonstration/feature. I loved it and had a laugh at the same time! They've already asked me back so I'm over the moon with that! 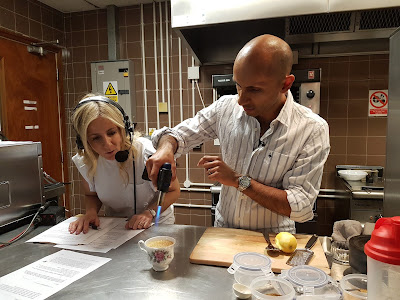 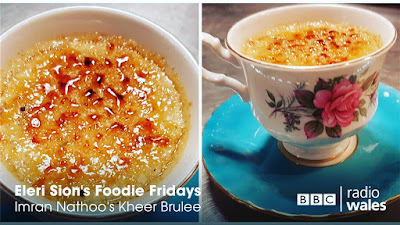 Then on to the main event of the supper clubs! Two nights back to back cooking a two course menu for 20 people each night! What was I thinking! That's 20 thali's per sitting, each with five hot elements and only one cold element being plated and served all at the same time! Followed by blow torching 20 kheer puddings just before serving! 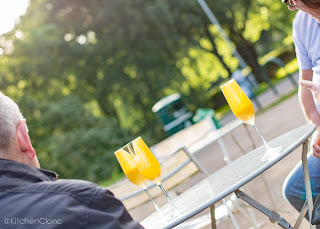 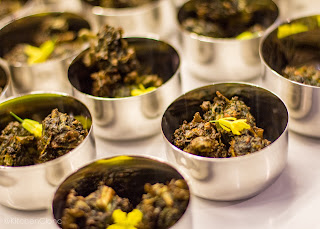 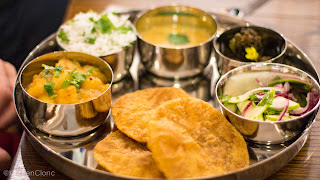 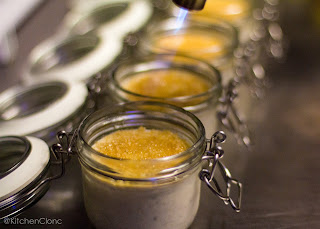 Bonkers but amazing and fun all at the same time! I learned a lot from the two nights, even moving from night one to the following I changed and adapted things which lead to a much slicker service on night two. I'm glad to say from the feed back I received from people who attended I believe it went down really well! 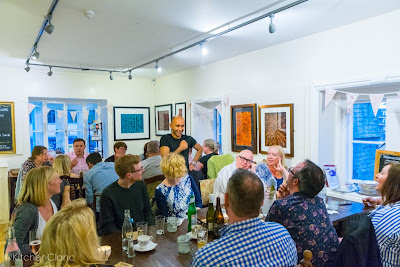 The most important lesson I learned over the two supper clubs was that I could not do this without the amazing support of my family especially my wife Carys who has encouraged me to chase my dreams and my mum and dad who worked with me tirelessly to help prepare the food. Also the support of the team I had at Pettigrew Tea Room was brilliant. On Saturday Regina, Gareth and Georgina then on Sunday Regina, Laura and Millie were all superb and I could of not done it with out them. 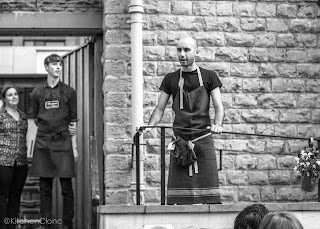 I'm also proud to announce that over the two nights we raised £700 for charity, that's including the corkage fees kindly and generously donated by David Le Masurier proprietor of (and all round good guy) Pettigrew Tea Room! I'm so pleased! This will be split between three charities as mention in my previous blog post.
This figure was also boosted by the fact that generous folk like Tom Frost of Blaencamel Farm donated all the kale I used for the pakoras including the beautiful kale flowers and Lee Bayliss who designed and cut the wicked stencil I used to promote the event! My parents bought and donated all the Thalis too! All of which resulted in more money to charity!

Thank you to all that came and made it possible I am truly blow away by the support! 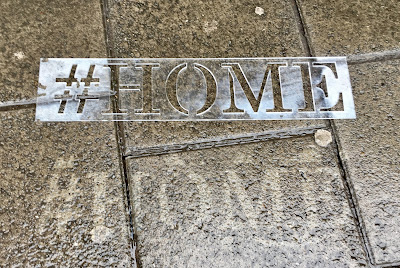 The fun didn't stop there! Bank Holiday Monday saw my first live cooking demonstration at Cowbridge Food Festival! I was invited to cook along side some of my food heroes Samantha Evans and Shuna Guinn from Hang Fire Southern Kitchen! This was pinch myself stuff! I've written about and followed the ladies pathway to BBQ stardom! They provided me with so much inspiration to start my journey in the world of food that I was both humbled, thrilled and a tad nervous! We had a blast (once the rain stopped)! The ladies are such pro's and great fun! I made a masala Salmon dish that we cooked on the BBQ served with a crunchy and sharp carrot and cumin salad with a scorched lime along side it! Sadly no photos but hopefully one for future supper clubs! 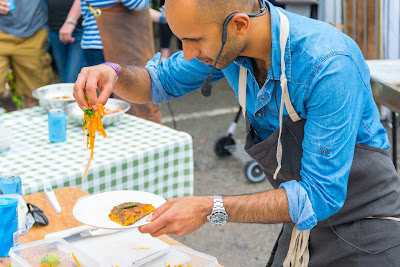 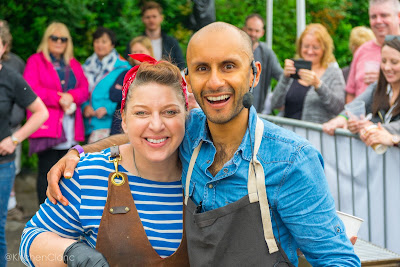 As debut weekends go I could have not asked for more! Just amazing! Topped off by being featured in this months Cardiff Life click here to read! 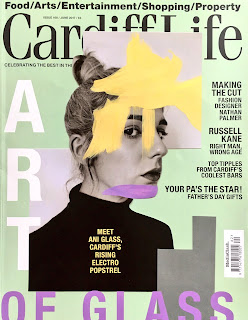 A week on and I'm fully recovered and ready to go again! I'm proud to announce that I hope to make the HOME supper club a monthly event! I will also be continuing my support for the chosen charities by donating 10% of profits from these supper clubs. The supper clubs will be returning to the beautiful West Lodge in Bute Park Cardiff home to the fantastic Pettigrew Tea Rooms with the next event planned for the 17th of June. 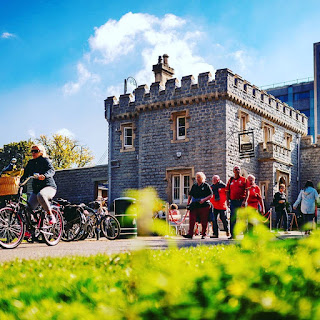 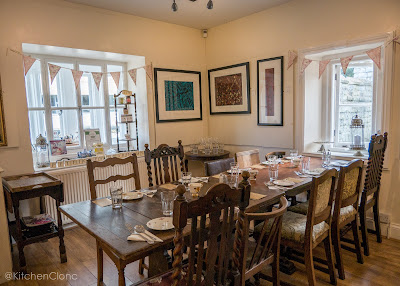 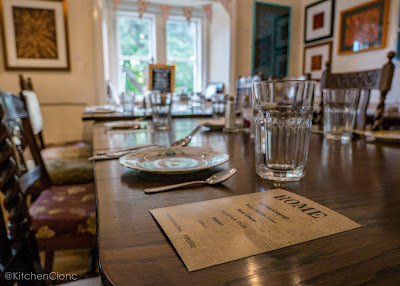 The menu has been inspired by food of my background, travels and time on MasterChef and will remain unchanged for the next few supper clubs. 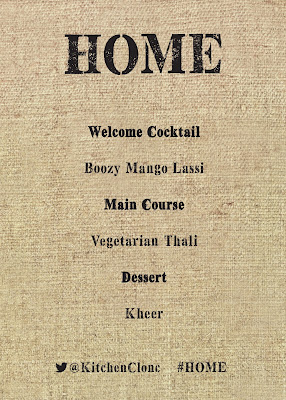 It will comprise of a welcome cocktail (obvs didn't have this growing up!) followed by a two course set menu. The main course being a vegetarian thali,  filled to the brim with my family favourites and a few twists on the traditional. The second course will be Kheer, a spiced basmati rice pudding finished with a brulee top.

Tickets will be sold at £25 each and can only be purchased via Billetto:

For Saturday the 17th of June: SOLD OUT

These are the last dates I will cook the above MasterChef inspired menu before I change it for the next supper clubs in August! So don't hesitate and book now!

I hope you can make it and thank you once again.