A couple of weeks ago I was invited to an American themed pizza night at a French patisserie. If that is not reason enough to Vote Remain then I'm afraid you my friend are a lost cause. Anyway, I accepted the invite of course and I'm very glad I did!

Cocorico Patisserie based on Whitchurch Road in Cardiff is the brain child Laurian Veaudour who I've since found has been in Cardiff for some time. Working in kitchens from the Celtic Manor to being head chef at Milgi and Bully's respectively before setting up his own business! In fact he's been in Cardiff so long I'm starting to question his Gallic credentials. Between us I reckon he's from Grangetown. 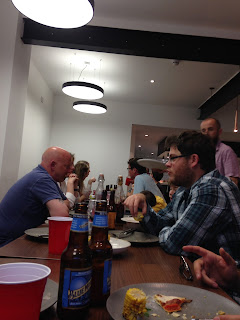 This event was the second of their once monthly pizza evenings, this time looking towards The States for inspiration. The premise of the evening is straight forward; one long communal table, delicious sides, tasty pizzas and delectable desserts. Several plates of each item is then distributed across the table and people tuck in.  I couldn't wait!

First up the sides, which consisted of their take on a corn dog, corn on the cob, coleslaw and a tomato and basil salad. The stand out dish here was by far the corn dog. Spicy Merguez sausage coated in a crisp batter on a stick! What's not to like! 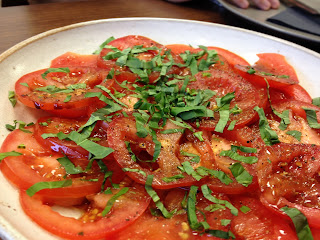 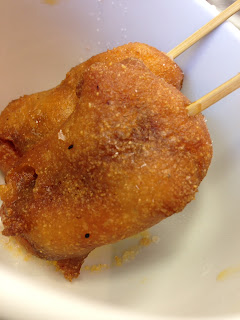 Up next the pizzas! First out a smoked beef brisket and red onion pizza. Great chunks of spicy hot beef brisket with an addictive smokiness delivered quite a  flavour punch and was probably my favourite of the night! 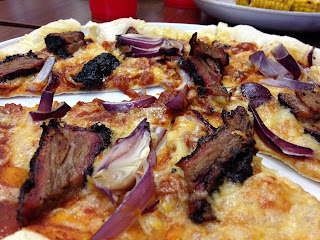 This was followed by one of the most interesting pizzas I have tried. A white sauce based pizza topped with octopus that had been braised in red wine, prawns and smoked Dover sole! 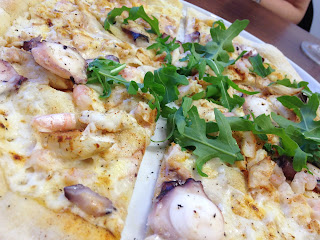 I've never been challenged by a pizza or had to think so much about what I was eating as the combination was unusual to me. The sole flavoured with Cajun spices and smoke was delicious. The octopus however was not for me, a bit chewy and a texture I don't really want on a pizza.

Next up was their take on a meatball pizza. This time the meat balls were made from venison, this was accompanied by roasted red peppers and a BBQ sauce. The meaty and gamey richness worked really well with the sweetness of the peppers and the BBQ sauce. Another favourite for me (you can have more than one favourite right?). 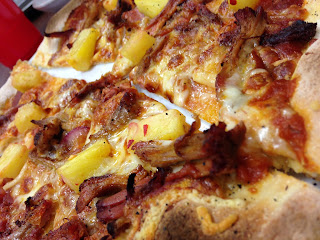 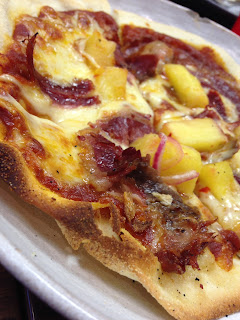 It didn't stop there oh no! The infamous Hawaiian pizza made an appearance too, although this time topped with smoked shoulder of pulled pork and marinaded pineapple. I didn't try this one by I was assured by my fellow diners that it was a welcomed return to some familiar flavours. Instead, my no pork alternative arrived with their own salt beef and I was very grateful for their efforts!

Yet more pizza was to come! Another white sauce pizza base topped with avocado, pickled walnuts, rocket and goats cheese. The much needed pickled walnuts helped to cut though this particularly rich pizza. 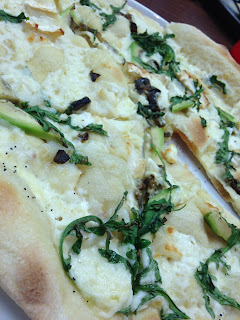 A mention here for the pizza bases of the above pizzas which were the thinnest and crispiest bases I have ever encountered. As a fan of the more pillowy sourdough base I really liked the texture the more crisp base gave the pizzas.

The last pizza (yes there was more) was a deep dish variety topped with mozzarella, parmesan and chorizo. This was warmly received by my  fellow diners again because of the familiarity of texture and favour. 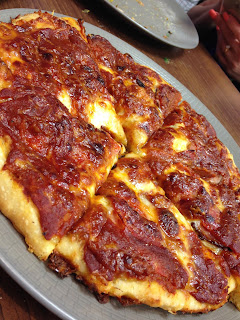 Well by this point we were all rather full but as we all know where is always, always, room for dessert! After all we were sitting in a patisserie! Inspired by the American theme we were treated to; Peanut butter and strawberry doughnuts (stop drooling) coca cola marshmallows and cookie dough cheese cake! 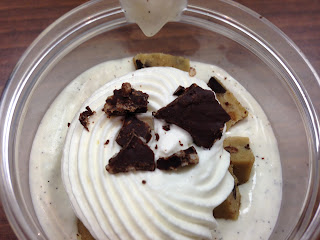 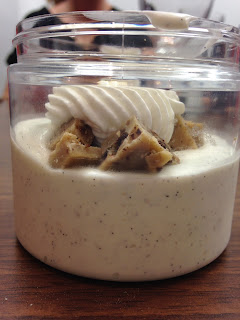 The cheesecake was lovely, heavy in vanilla, topped with cookie dough pieces, pipped cream spiked with Jack Daniels and chocolate shards. So good! The harsh booze taste in the cream was unnecessary but aside from that it was bang on. 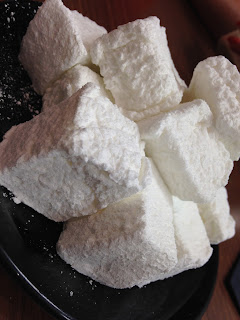 The large cubes of coca cola marshmallows tasted like coca cola according to my diners which is just as well. The doughnuts, still warm were a tad stodgy but who cares they were filled with peanut butter and strawberry! 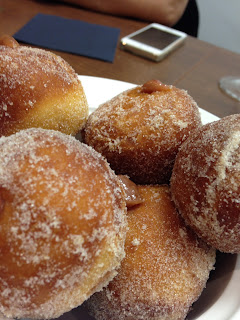 Drinkswise a good selection of beer and wine were available. I particularity enjoyed a 'White Riot' from Crafty Devil and a delightful Muscadet which worked really well with the white based pizzas.

Wow what a colossal night of food! I really liked the communal dining and getting to chat to other diners, it created a lovely atmosphere to enjoy the food. I think this is a really fun concept too. A great way to try lots of different and interesting flavours that doesn't take its self too seriously. Also for a grand sum of £20 (food only) I think it's brilliant value for money, especially if you have a large appetite or just skip lunch before you go!
Their next pizza evening is on the 7th of July 2016 and is £20 pp.

All food was complementary but this did not influence the review.