Last weekend saw the return of one of the biggest food festivals in the UK and although I had heard many good things about Abergavenny Food Festival I have never been. That is until last Saturday.

I cannot stress enough how easy it was to get to the festival from Cardiff. Mrs Clonc and I caught the train from Cardiff Central direct to Abergavenny then it was the matter of a short 10 minute jaunt into town. Perfect.
We got there early doors and that would be my top tip for anyone wanting to attend the festival as it gets A LOT busier later, that is unless you like queuing for food. We had a good look around and then decided what we wanted to buy and eat. There is nothing worse than buying/eating something only to realise there is something even more awesome around the corner! 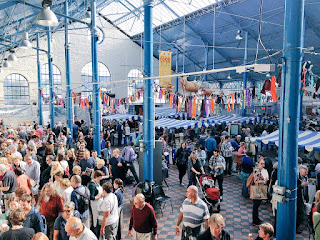 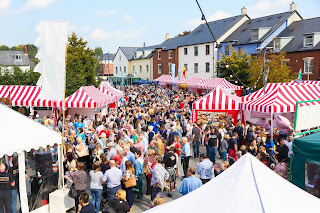 I have to say the set up in the castle was probably my favourite. So beautiful and atmospheric. 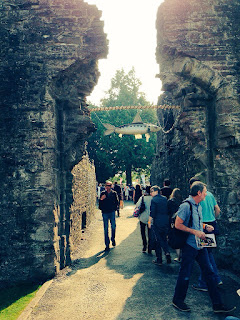 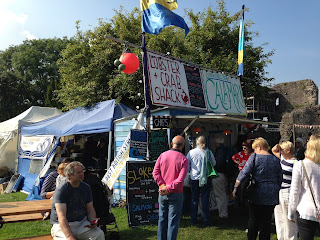 It's here we had the most amazing calamari from the excellent Cafe Mor, winner of BBC Radio 4's Best Street Food 2014. Crispy coating giving way to melt in the mouth squid, insanely good! 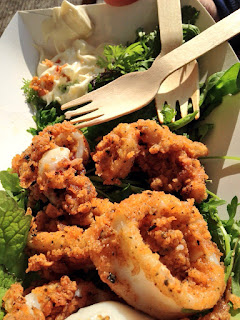 This was accompanied by a Smoked Bloody Mary cocktail made by the fabulous team from Chase. The vodka they make comes from potatoes and their classic vodka was voted best in the world. For the limited edition smoked vodka, water sourced from their own borehole is sat in the coolest part of the smokehouse for 5 days to pick up the distinctive smoky taste, then blended with their award winning Chase vodka! The smoky flavour totally comes through but is not overpowering and is a nice twist on a classic cocktail. 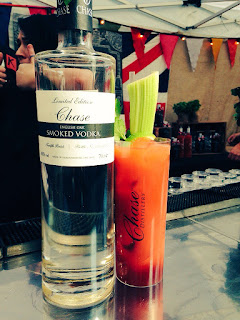 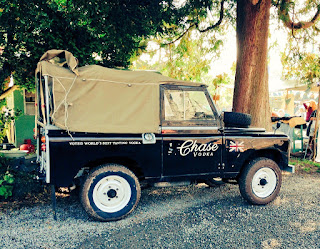 I also loved The Dome in the castle grounds which was home to the Children's Food Academy with a series of free workshops. So plenty to keep the kids entertained. 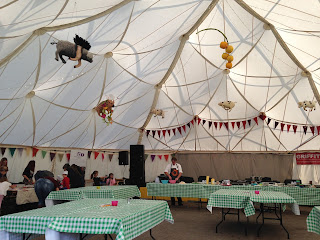 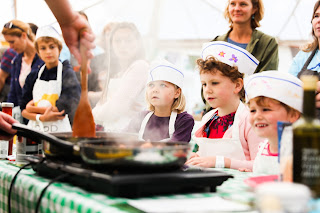 After lunch I had the great honour of interviewing Chief Executive of the Festival Heather Myers. I asked her what sets Abergavenny apart from other festivals? She said "it is the quality and diversity of food and drink on offer as well as the calibre of guest speakers and chefs that the festival attracts", she also added that "we work hard to put on a festival that is friendly and inclusive but still professional and not overly commercial".
The festival has grown year on year with more advanced tickets sold this year than ever before. Looking forward to next year I asked Heather whether she could give me a teasers or any future plans for the festival. She said she wanted to promote more farming links and potentially have livestock at the festival. The aim to promote the link between farm to consumer and inform people about where our food comes from. I think that was a bit of a Kitchen Clonc exclusive! 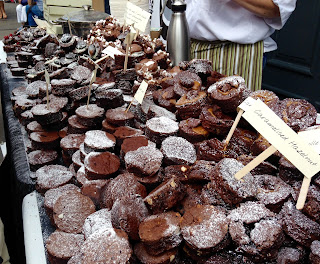 Back out onto the streets and  the crowds had definitely grown in numbers. Ambling along we spotted the infamous Onion Man and then gorged on a Seville Chocolate Orange Brownie with chocolate sauce from The Chockshop, which had a stand literally stacked full of brownies of all varieties. One slip and there would have easily been a brownie avalanche! 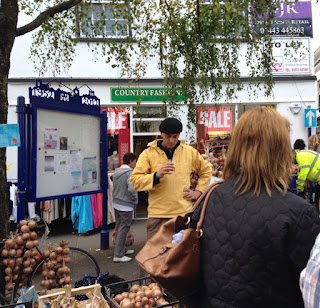 We rounded off the day with a Theo Randall masterclass at the Borough Theatre. The Masterclass is a chance to catch your favourite foodie personalities in either conversation on stage or as in this case demonstrating their recipes. Others who graced the Borough Theatre stage last weekend included Raymond Blanc and Yotam Ottolenghi. 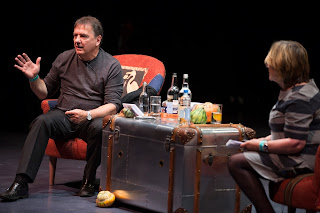 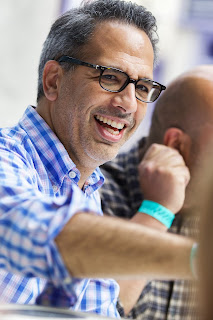 Theo Randall was showcasing recipes from his new book 'My Simple Italian'. It was both an entertaining and informative show from a man that has obviously done a few of these gigs before. 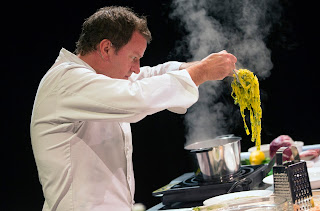 It must be said that we loved just wondering around all the festival venues, soaking up the atmosphere (and some drinks) and chatting to people. Everyone was so friendly. I don't know if it was the glorious sunshine we had, the amazing array of food and drink available or that it is such a well organised event but Abergavenny Food Festival is now for me a must every year. If you have not been, trust me you are missing out! If next year is too long to wait then there is an Abergavenny Christmas Food and Drink Festival on the 13th of December, see you there!

Photos courtesy of Huw John and Cowshed.
Posted by Kitchen Clonc at 12:18