Cronuts from Cup and Cake Bakery

What is a cronut I hear you ask? Well put it this way, it's like a croissant got lucky with a doughnut and had a delicious baby. Interested? I thought so. I had the pleasure of experiencing this delight for the first time last summer and quite simply I instantly became a fan not only of the cronut but of the amazing Cup and Cake Bakery.

The thing you must understand is that I did not go looking for the cronut it found me. Last summer while wondering through Riverside Market, which is held every Sunday on fitzhamon embankment in Cardiff, we were drawn to a stand so immaculately presented we instantly gravitated towards it. I have never really seen cupcakes like that before. So exquisitely finished and uniform in appearance it appealed very strongly to my stomach and my OCD tendencies. But nestled in among the ornate cupcakes was the rather more reserved looking  cronut.


Matt Reardon who set up Cup and Cake bakery in 2011, has worked hard over the last few years to grow his business and wanted to bring something different to the cupcake scene and you can clearly see that from his work. Last year after catching wind of the popularity of cronuts further afield Matt decided to bring them to Cardiff and I'm glad he did. Initially offering a crème patisserie cronut and a Belgian dark chocolate cronut the flavours combinations have now really started flourish. As you can see from the photos below I've tried most of them including the most recent creation the chai cronut which is a flavour I suggested!

The cronut you maybe surprised to know actually takes three days to create from start to finish! It is essentially a tweaked croissant  dough which is then fried, cooled, sugared and filled! My favourite so far is the salted caramel cronut and the chai cronut of course. Eating the conut is a sugary and messy joy. The sugar coating melting when it hits your lips as you bite into the pillow like cronut and then you get the flavour of the filling and ganache topping. Sublime.


You can find Cup and Cake Bakery at St Mary's Street Market on Saturdays, Riverside Market on Sundays and online where they they hope to soon offer a cronut ordering service to be delivery locally.  However you decide to get your hands on the cronut, just be sure that you do. You will not regret it!

Posted by Kitchen Clonc at 13:22 No comments:

After only being introduced to this dish late last year (HungryCityHippy mentioned it on twitter and eventually I actually tasted the dish at Waterloo Tea in Wyndham Arcade) it has quickly become one of my all time favourite things to cook and eat. It has its origins in the Middle East and North Africa and to me is a bit of an elixir. No, seriously. This dish of eggs cooked in a spicy tomato and pepper sauce will make you happy when you are sad, make you feel better when you are ill and it just so happens to be the ultimate hangover cure. When looking into different recipes for shakshuka there is a vast array based on different regions. So this is my take on shakshuka....Cardiff style. 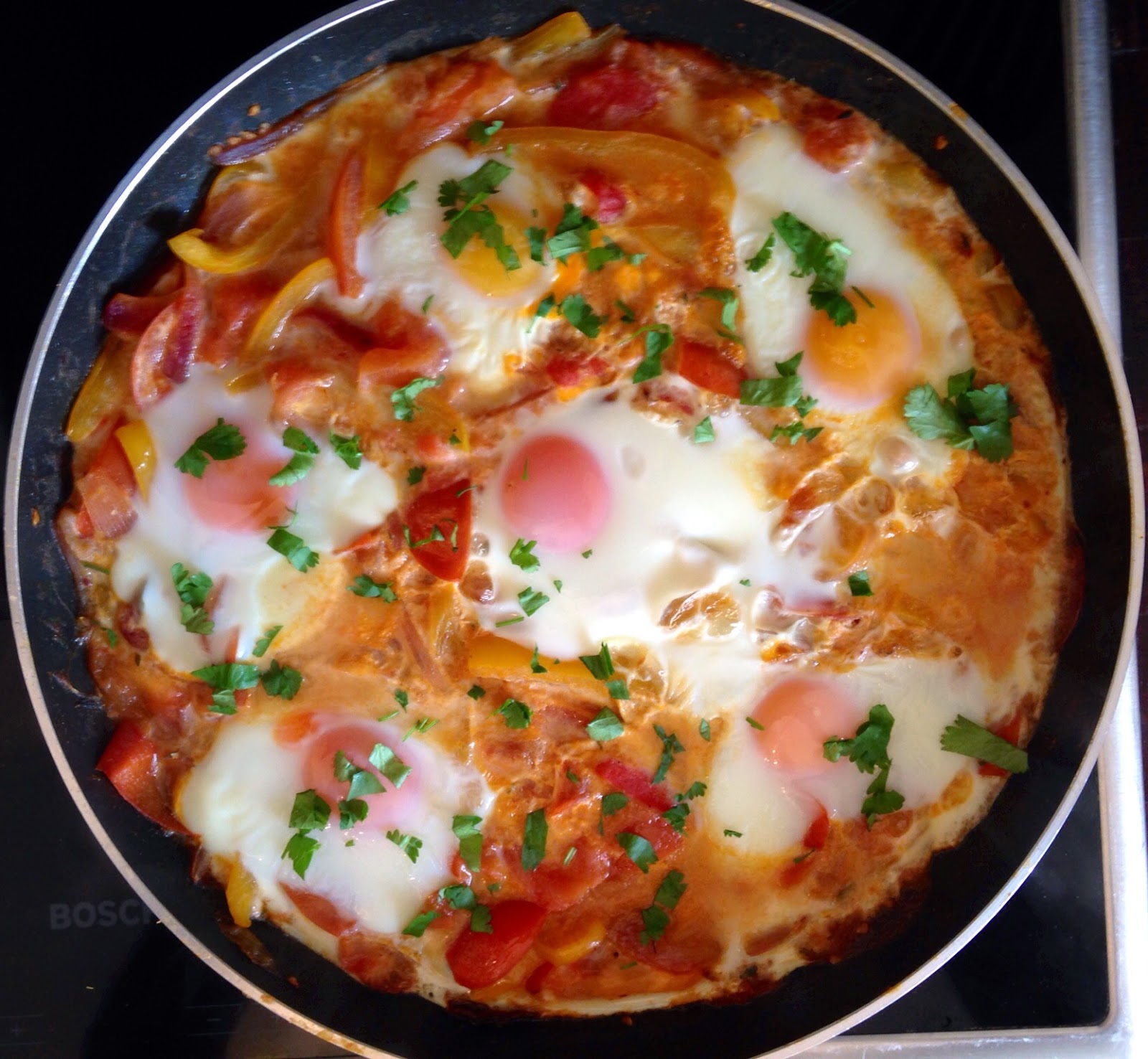 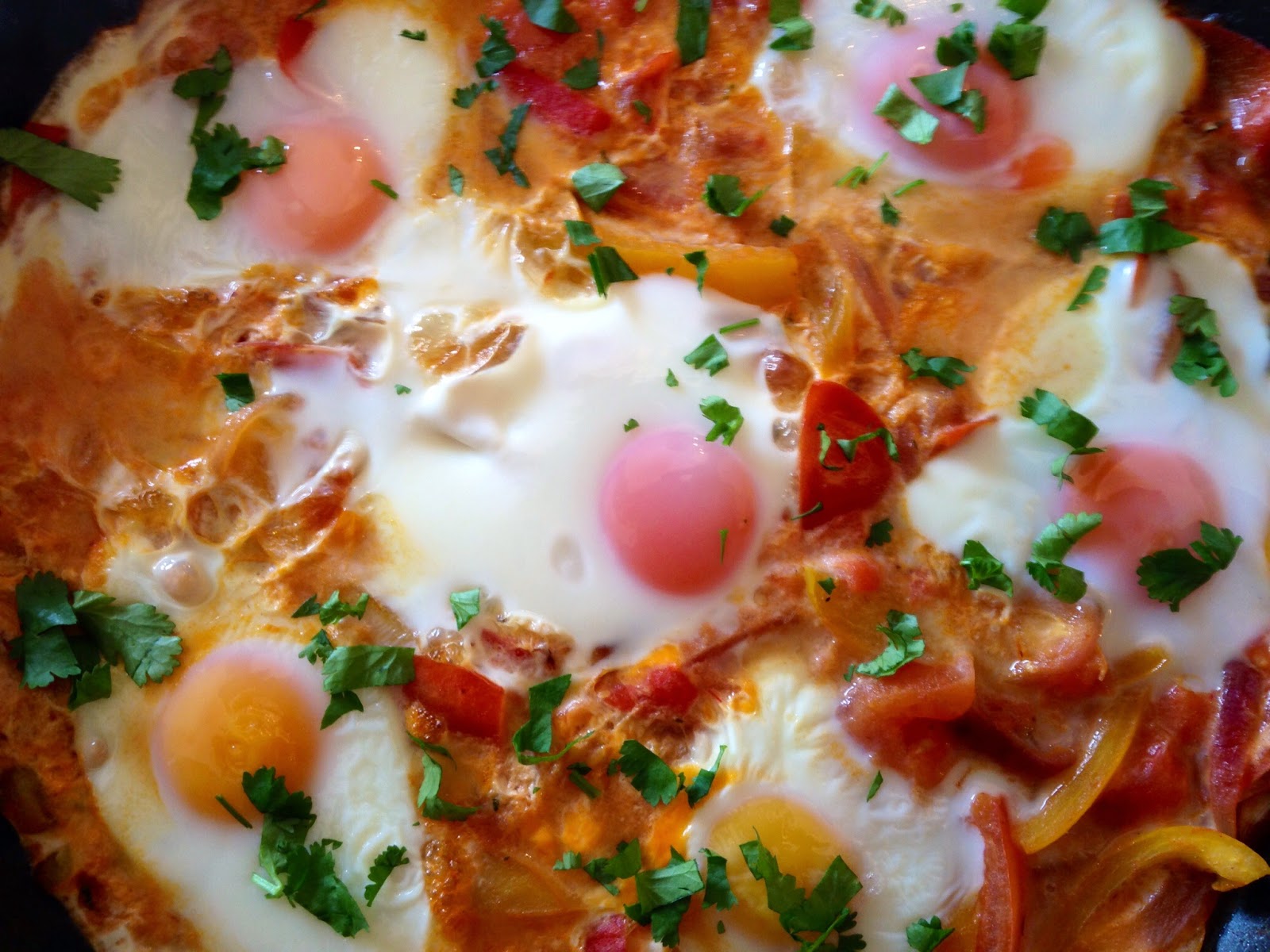 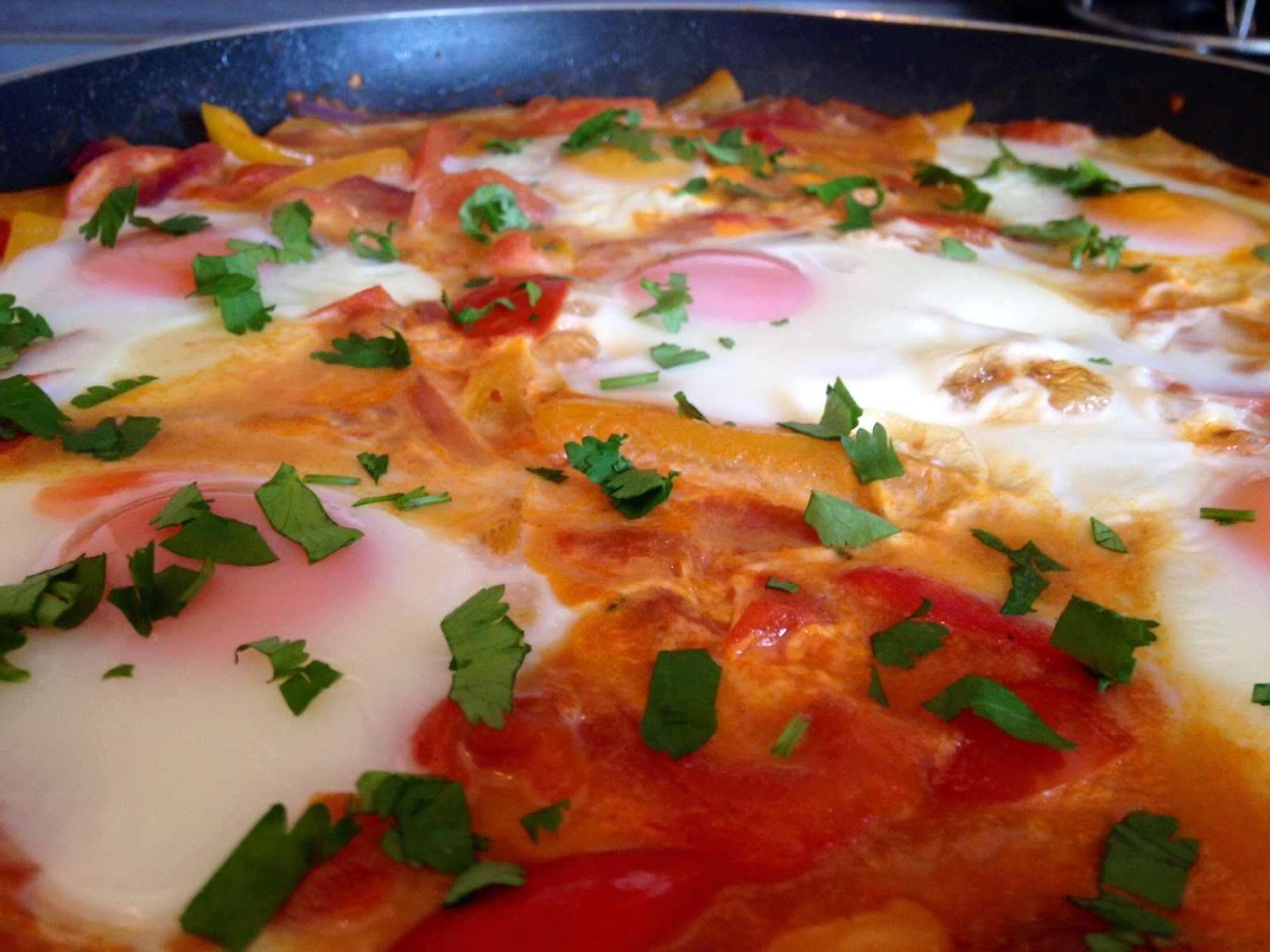 Take the pan to the table and serve up with some fresh white bread. Heaven. Ideally the yolks of the eggs should still be runny so they ooze into the spicy mixture below when cut into. Of course you don't have to make such a large amount but even if you do, I'm sure it will not hang around for very long. This is such an easy dish to make and I urge you to give it a try. You will not regret it.