Dining out as just a couple has of late become rather rare since the arrival of Baby Clonc, so when the offer of babysitting from my folks was made we quickly snapped at the chance. That's not to say we didn't spend most of the time talking about Baby Clonc anyway! Lunch times often work best for our situation so on this particular rainy Sunday we decided to head to Arbennig for our date.
Now I must confess that this is not my first visit to Arbennig but what that does give me is some insight into consistency which really is as important as making a good first impression. The family run restaurant headed up by John and Ceri Cook has just celebrated their first year of opening and what a year they have had. John had previously been head chef at Oscars of Cowbridge then took over the Pontcanna branch of Oscars last year and together with his wife Ceri rebranded and relaunched as Arbennig. Since they opened their doors last year they seem to have gone from strength to strength with the highlight surely being named as the highest ranked restaurant in Cardiff according to the Good Food Guide 2015.
The restaurant based in the Pontcanna area of Cardiff has an understated and calming atmosphere when you enter. The large restaurant is split over two levels and is light and airy without feeling cavernous. There is a little snug area near the bar for a drink before dinner or lunch and benefits from having a car park also.
Arbennig have a menu that changes weekly and helps to reflect their ethos of using the freshest ingredients when they are at their best and are whenever possible locally sourced. This also allows Chef John to get creative and you can see that on the menus that are updated weekly on twitter and more recently their own App (they have an App, I don't know many restaurants around Cardiff that have their own App). 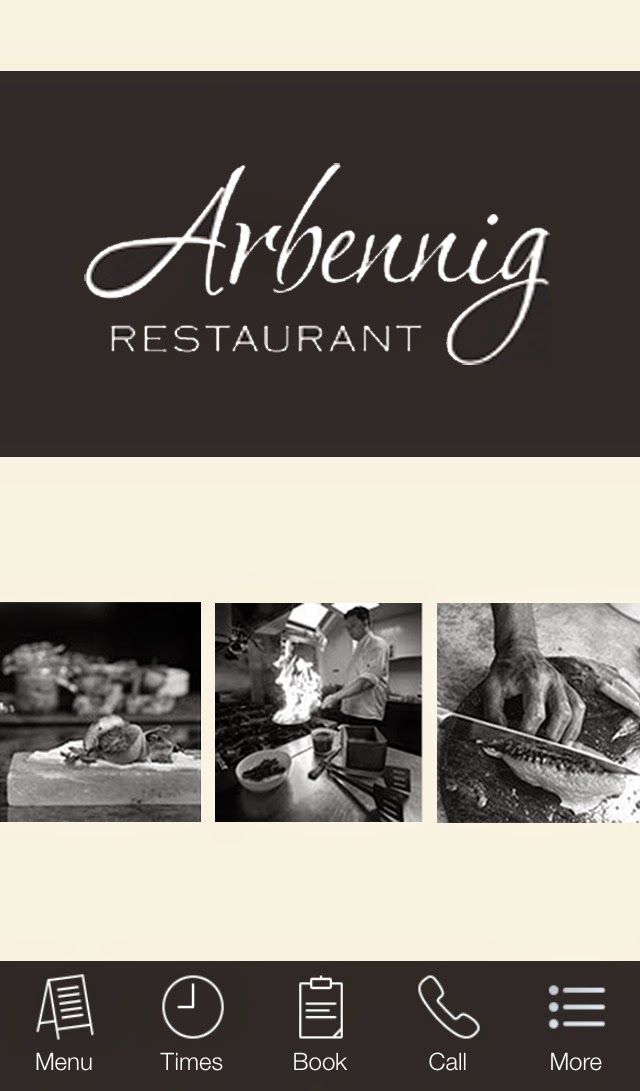 As mentioned we dined on a Sunday, therefore it was a set two course for £13.95 or three courses for £15.95, so three courses it was to be! However that wasn't enough for me. I had noticed that John had posted on twitter a bread creation which I wanted to try. Although not on the menu for today my wish was granted by John and I had the pleasure of trying what can only be described as the best cheesy garlic bread ever. Warm, soft bread topped with Snowdonia Cheddar and wild garlic. Not only did it taste great it looked the part with the vibrant green of the wild garlic. 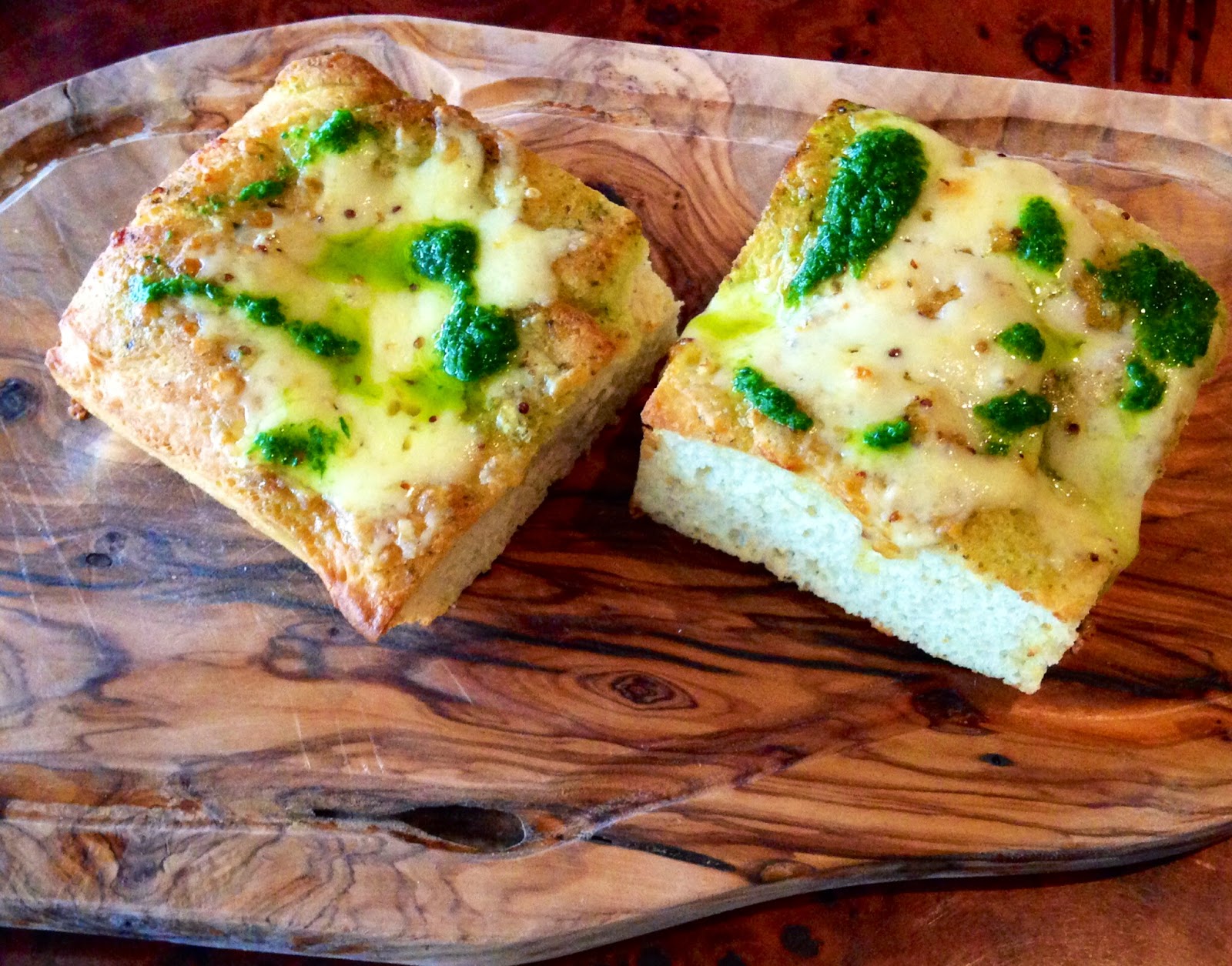 On to the starters, Mrs Clonc went for one of my favourite dishes, calamari. This particular incarnation benefiting from buttermilk to tenderise the squid and accompanied unusually by guacamole and more usually by sweet chilli. It looked fantastic presented on a matte black plate, Mrs Clonc very kindly let me try a bit.  The crunchy coating giving way to soft squid was delicious, the hint of sweet chilli was welcomed but the presence of the guacamole was lost on us both and did not really enhance the dish. Regardless of this Mrs Clonc said it was one of the best calamari dishes she has had in recent memory. 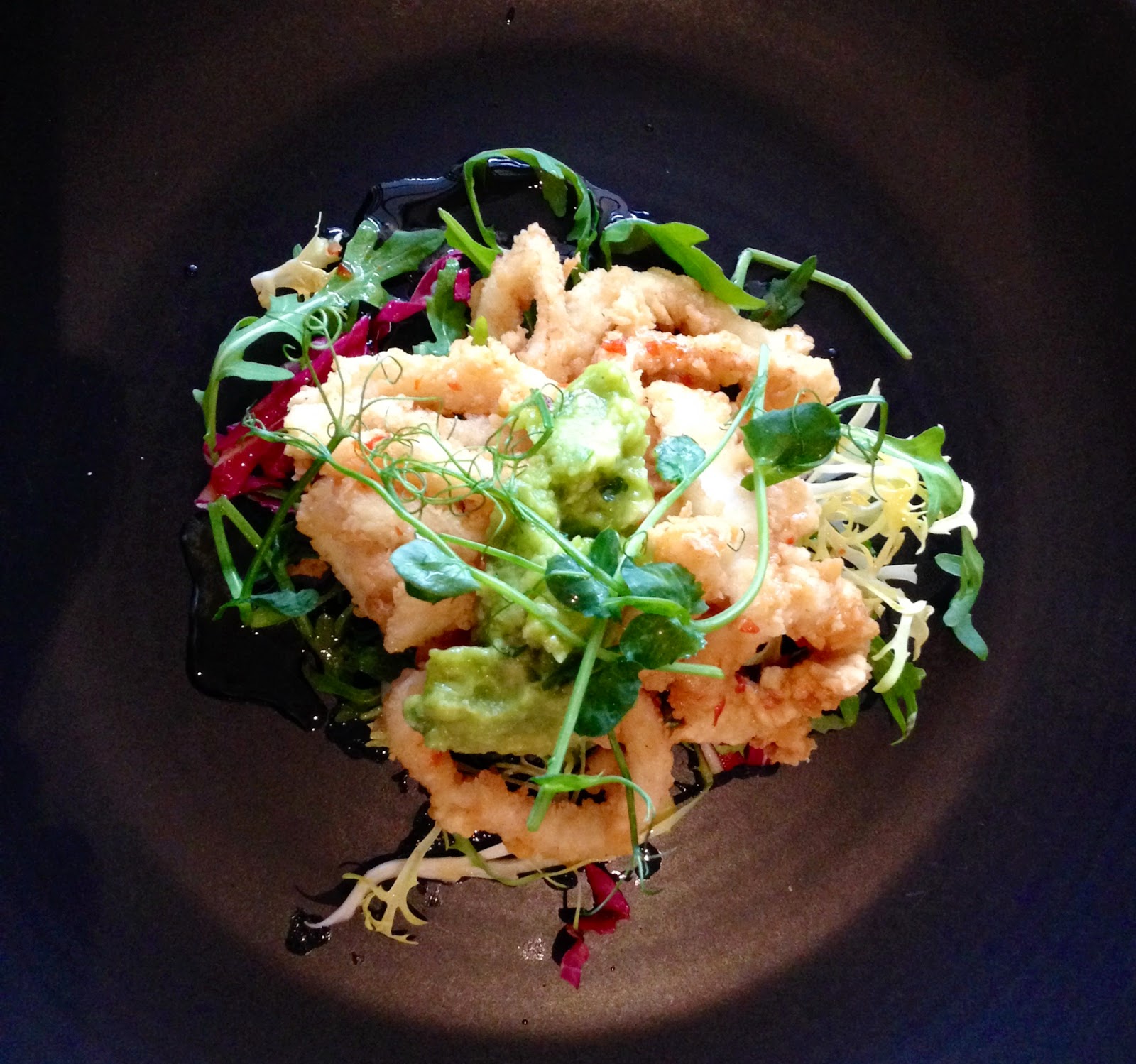 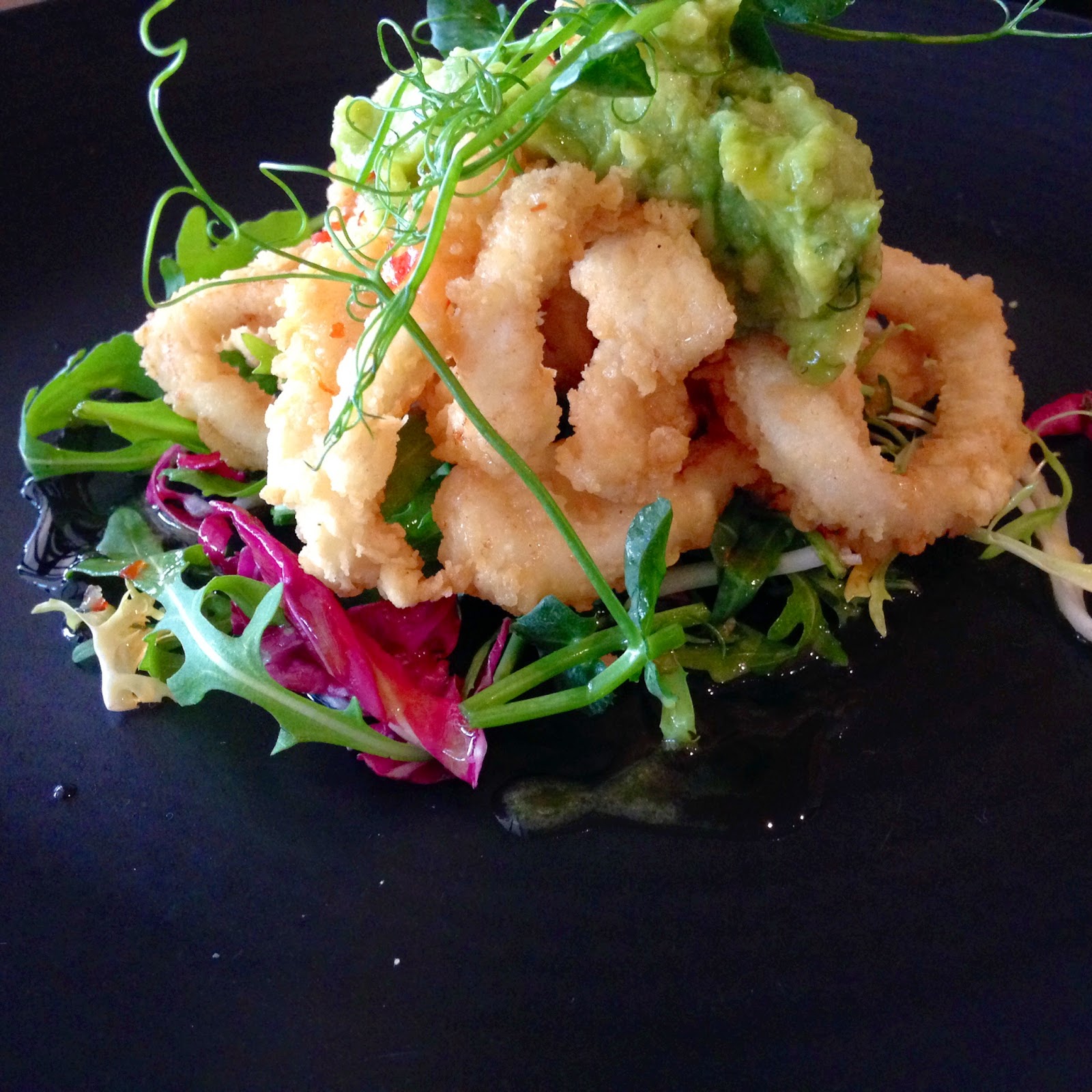 I went for the smoked beef starter which I was drawn to because it was accompanied by kohlrabi a vegetable I had not tried.  Thin strips of peppery and lightly smoked beef in a salad of bitter leaves, parmesan shavings and the afore mentioned kohlrabi but pickled. An interesting combination that again looked beautiful and was well balanced. The pickled kohlrabi providing a sharpness to cut through the beef and parmesan. Thankfully my choice was very light and I was very much ready for the main course, Mrs Clonc was already showing signs of waning from the three course plan. 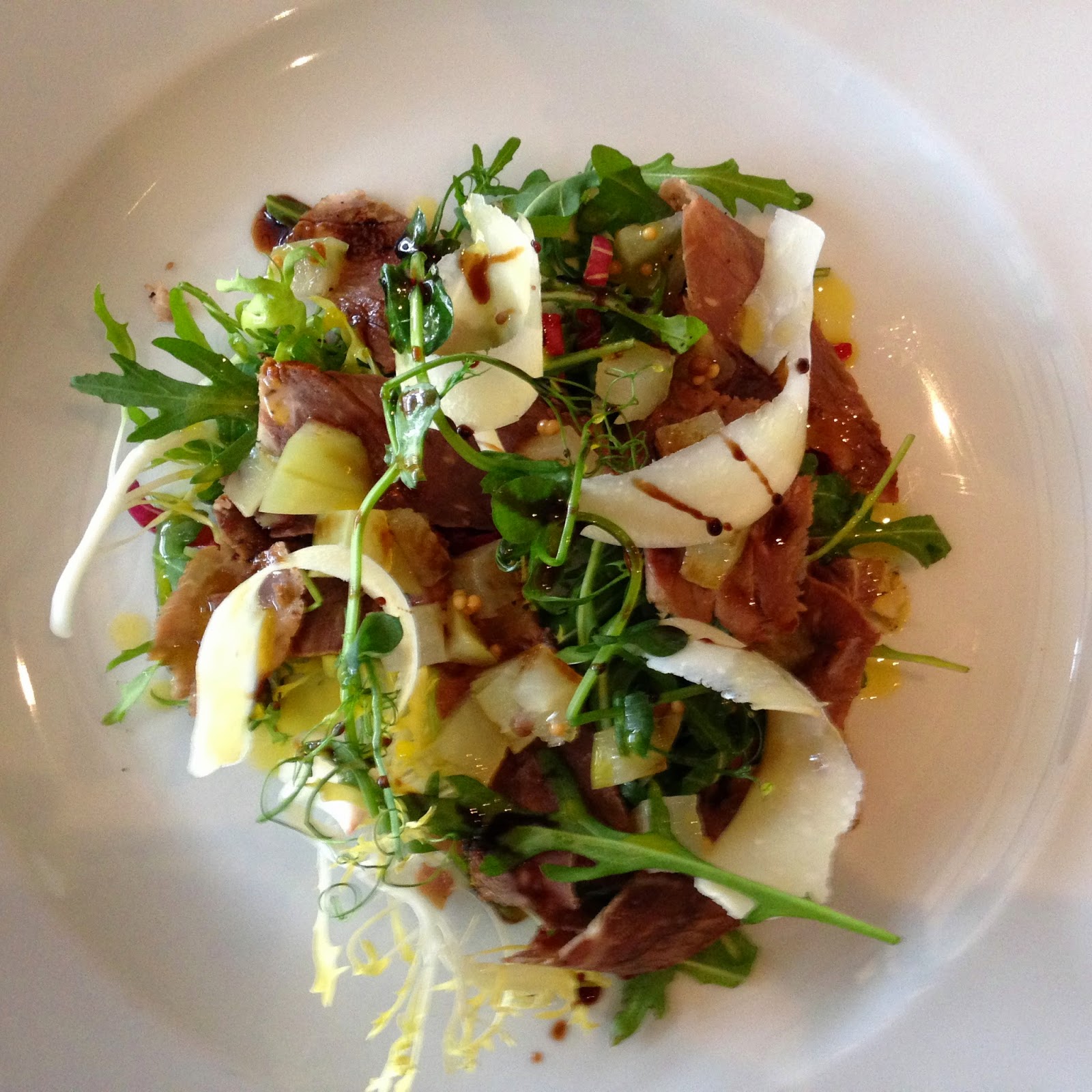 After wanting to go out for Sunday lunch for some time Mrs Clonc only wanted to consider the beef brisket with all the usual roast dinner accompaniments. Again Mrs Clonc allowed me to try some. Ridiculously tender locally sourced beef brisket that you could have eaten with a spoon, crispy roasties, perfectly cooked vegetables, an epic Yorkshire pudding and a delicious gravy, what's not to like? 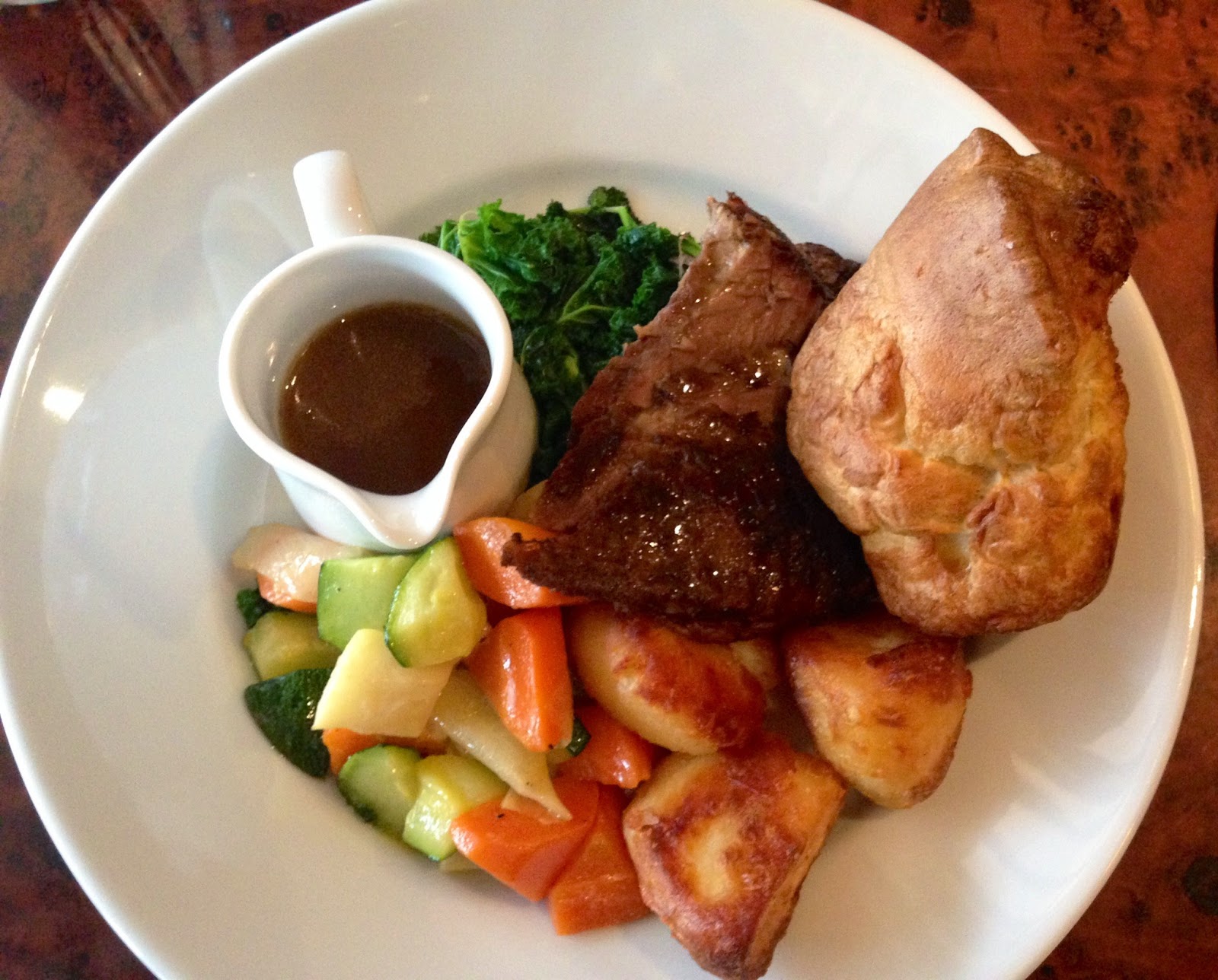 I decided against the roast dinner and opted instead for the lamb tagine accompanied by saffron and olive risotto. I personally think I made the right choice. Real food for the senses, it looked superb and smelled amazing. Meltingly soft ribbons of again locally sourced lamb, delicately spiced and sweet on a rich bed of bright yellow saffron and olive risotto. The taste of saffron coming though but not overpowering and a scattering of pistachios for texture. For me this dish was a joy to eat both comforting and satisfying on this cold rainy day. 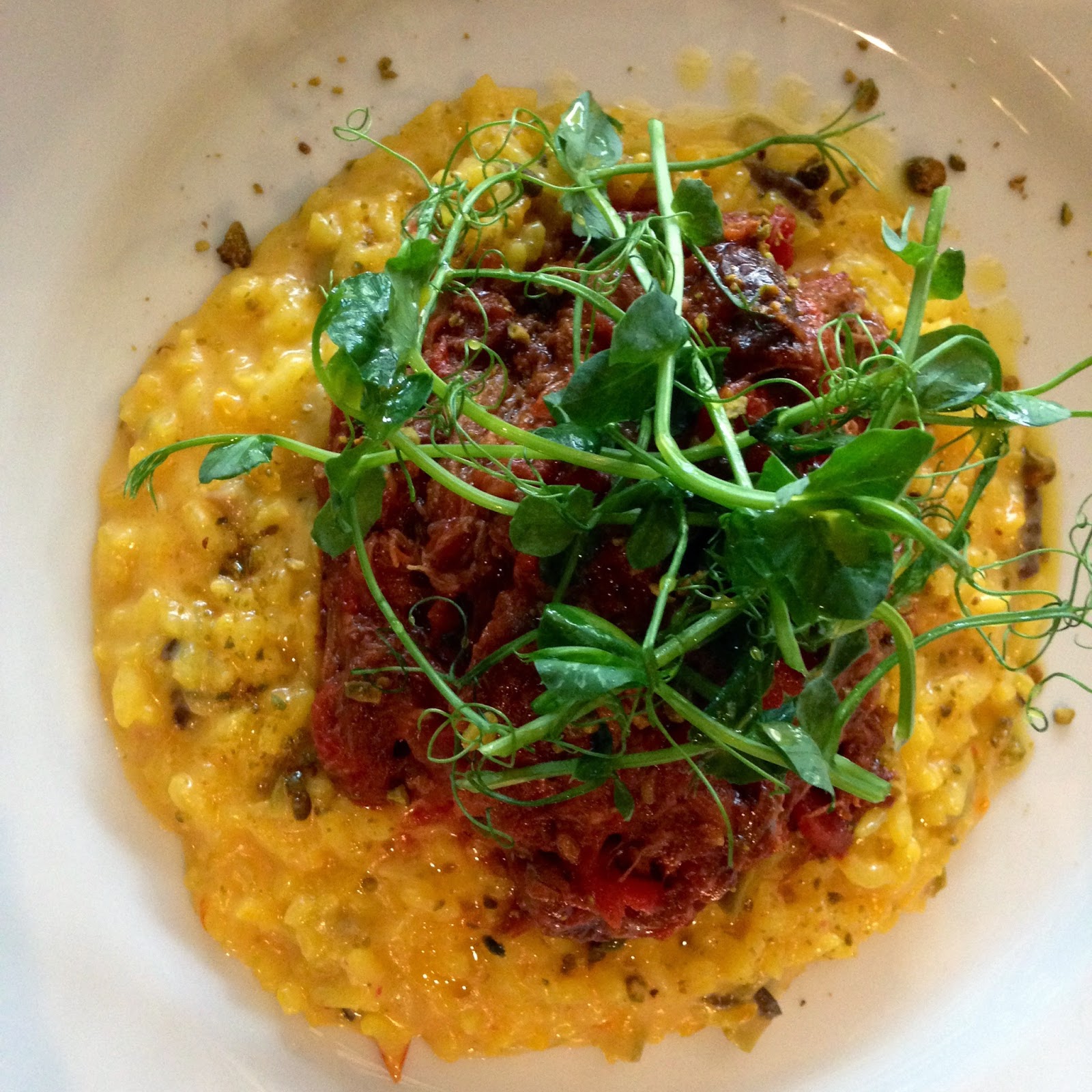 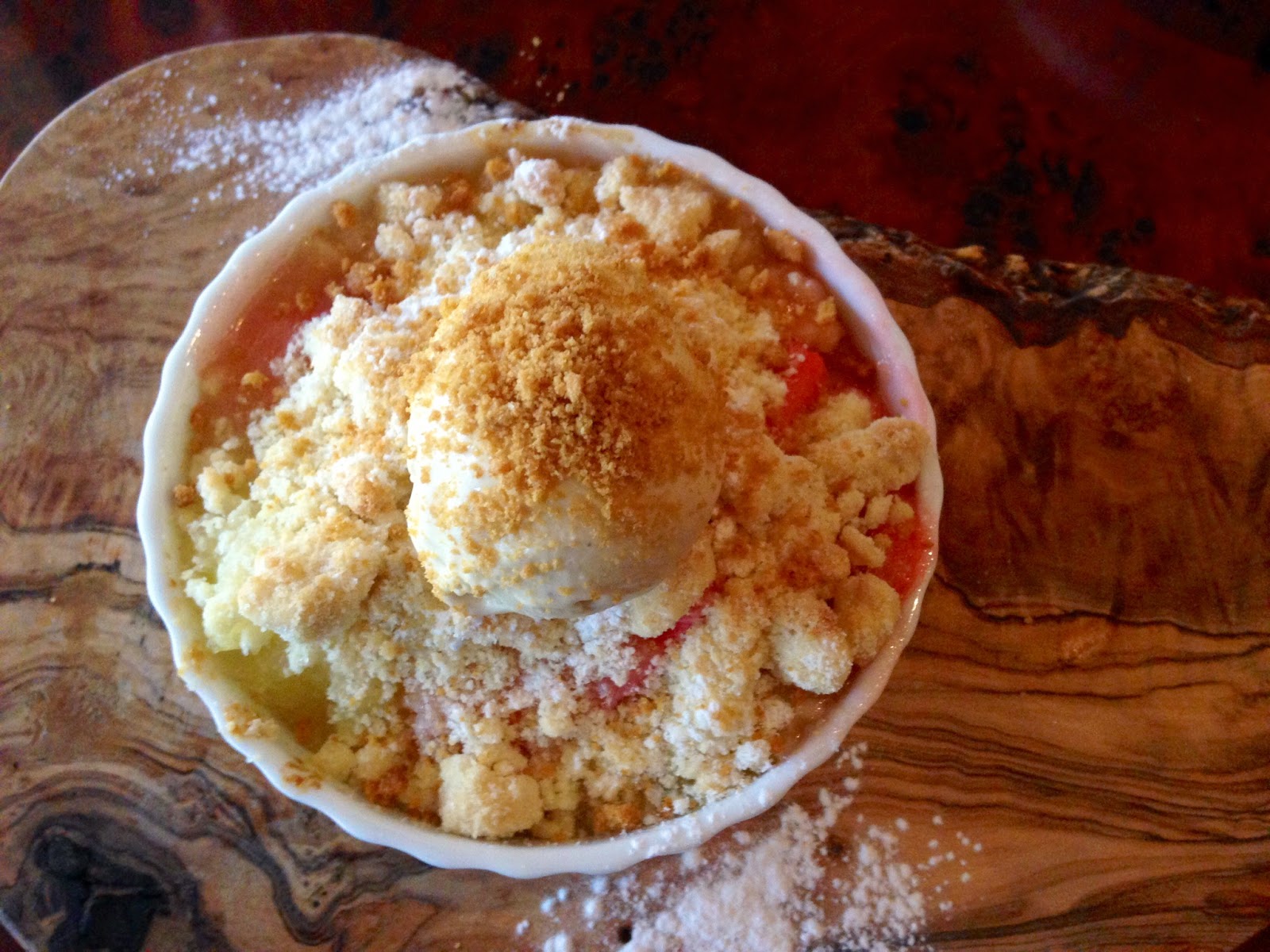 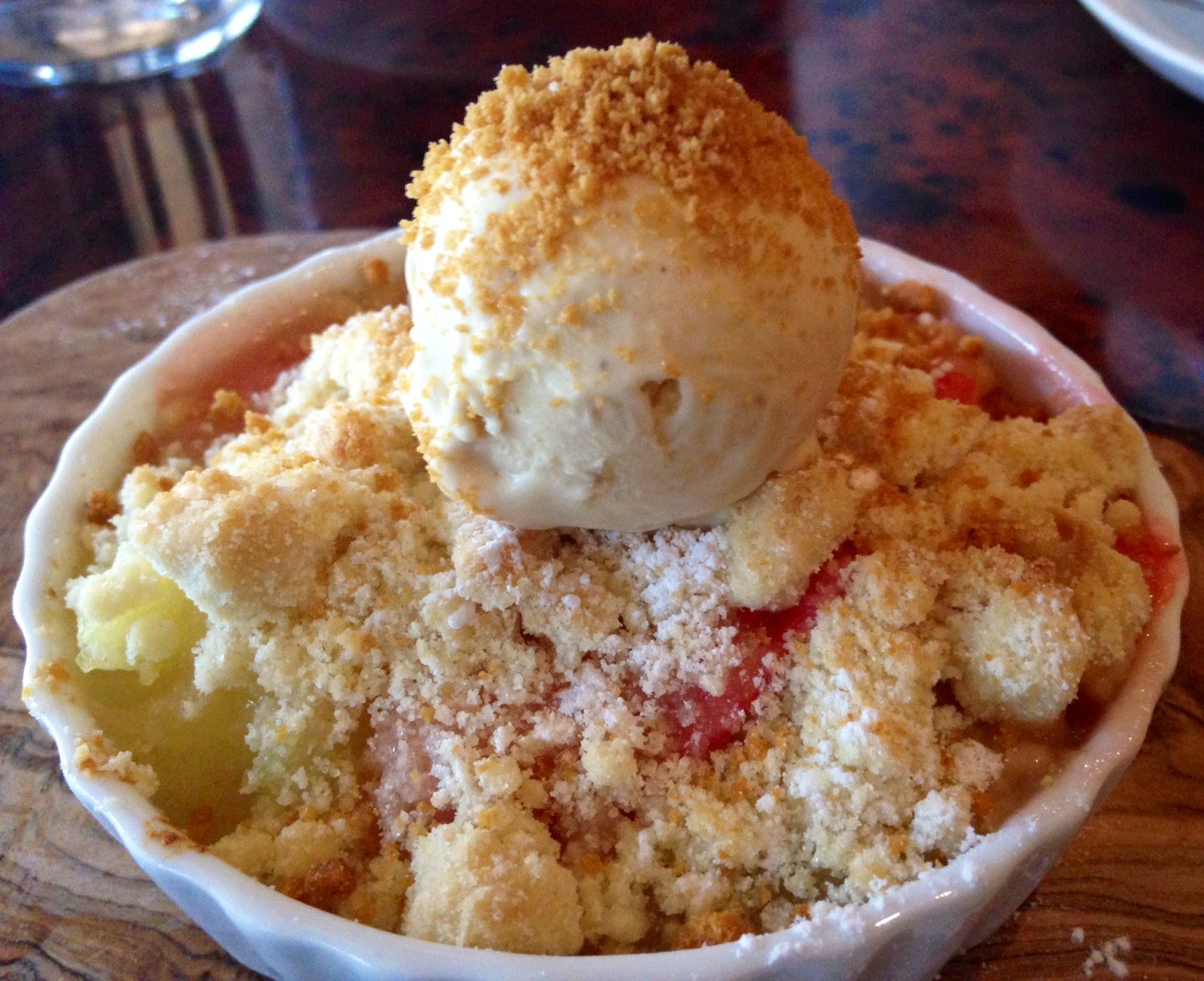 At this point I was waving the white flag of surrender, however the chocolate truffle that accompanied my americano was quickly seen too. Put simply we had a great lunch.
As mentioned before this was not my first visit and I'm glad to say that I have enjoyed every visit to Arbennig as the food, service and general atmosphere has always been good and has not disappointed. A special mention here for the service which is always impeccable and the price point for their fixed menus which I believe to be great value for money. The Sunday lunch menu we had for example and the two course weekday lunch at £12.95. The price for the evening al a carte menu does however ramp up quite a bit more. For our lunch including three glasses of very nice wine (great by the glass selection available) and a couple of hot drinks came to £51.90 without tip.
I think its fair to say that I like Arbennig a lot. A family run restaurant with the ambition of serving great food in a relaxed environment with great service and attention to detail. Every neighbourhood would be over the moon to have a restaurant like this, I'm just glad its in my neighbourhood.