I know I maybe arriving a bit late to the party on this one but last weekend myself Mrs Clonc and a few friends went along to what can only be described as my most favourite thing this summer. Throughout the summer the team behind Motley Movies have been screening classic films from a great roof top location in the centre of Cardiff, accompanied by fantastic food from various food pop ups and themed cocktails.
Set on the roof top of Jacobs Antique Market in the heart of Cardiff, by the way Jacobs Market is a fantastic place in its own right. Full of amazing and interesting antiques and vintage clothing. I am ashamed to say this was my first visit to Jacobs Market but it will certainly not be my last. I highly recommend you swing by as it is a perfect way to spend a lazy afternoon looking for some gems....which brings be back nicely to the movie.
The movie in question was the Goonies which really needs no introduction apart from the fact Mrs Clonc had never seen it! As we walked up through Jacobs market to get to the roof top our excitement levels grew as we could hear the music from the resident DJ being played and then we were met by the amazing view. It had been cloudy all day but the sun had decided it would show its face rather late in the day and we were glad it did. The view looking across Cardiff central train station and then onto the Millennium stadium was spectacular and especially so with the sun setting in the background. 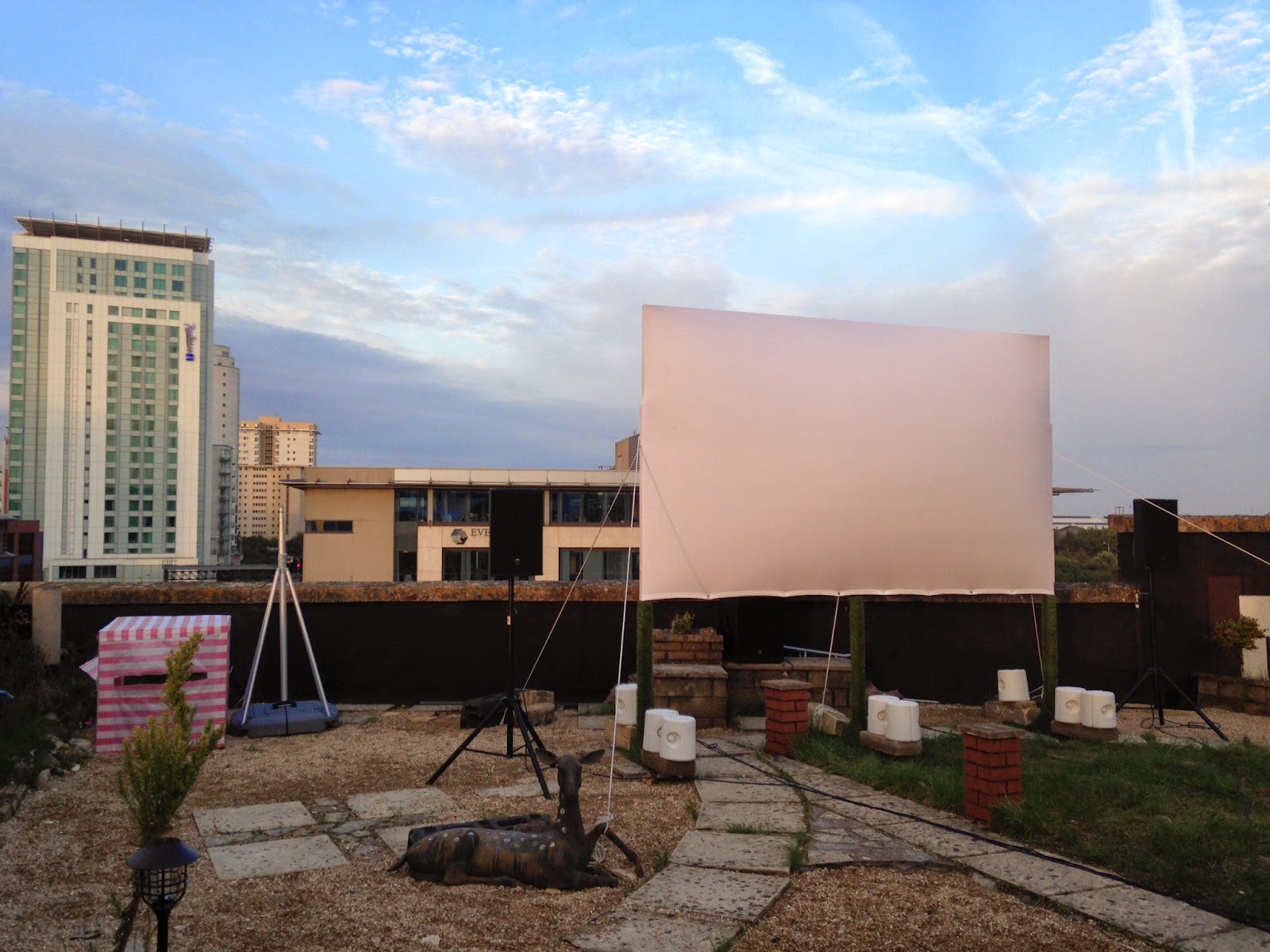 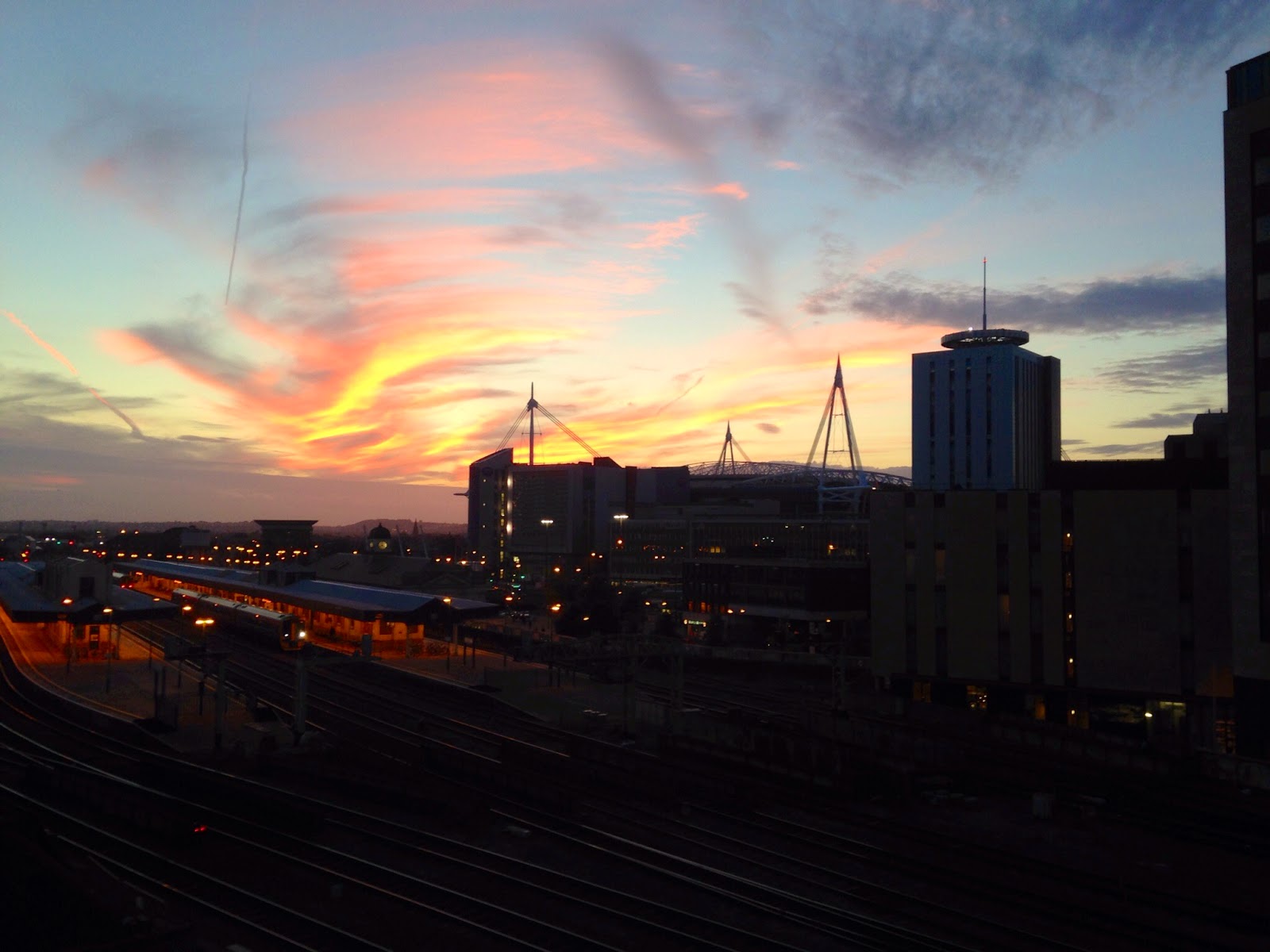 With the music playing in the background by the resident DJ and themed cocktails being served up by their resident mixologist Two Fingers Drinks could it get any better? In a word yes. Food on offer tonight was from the fantastic Hang Fire Smokehouse. This dynamic duo seem to be on a roll at the moment and it was a pleasure to finally to meet them. It's lovely to see people who are so passionate about what they do and it was great to finally pop my Hang Fire Smokehouse cherry! The food itself was themed, Mrs Clonc and I shared the Mama Fratelli Meatball Grinder. A delicious, meaty, saucy sandwich of delicious proportions. Our friends had the Rock-a-bye baby Sloth sandwich and judging by the "mmm" sounds coming from their direction they seemed very content. The drinks, a selection of themed cocktails were on offer including the usual suspects. As a team we ordered once of each and the resounding favourite was The One Eyed Willy! The chilli being a welcomed warming addition as the sun set and the temperature fell. 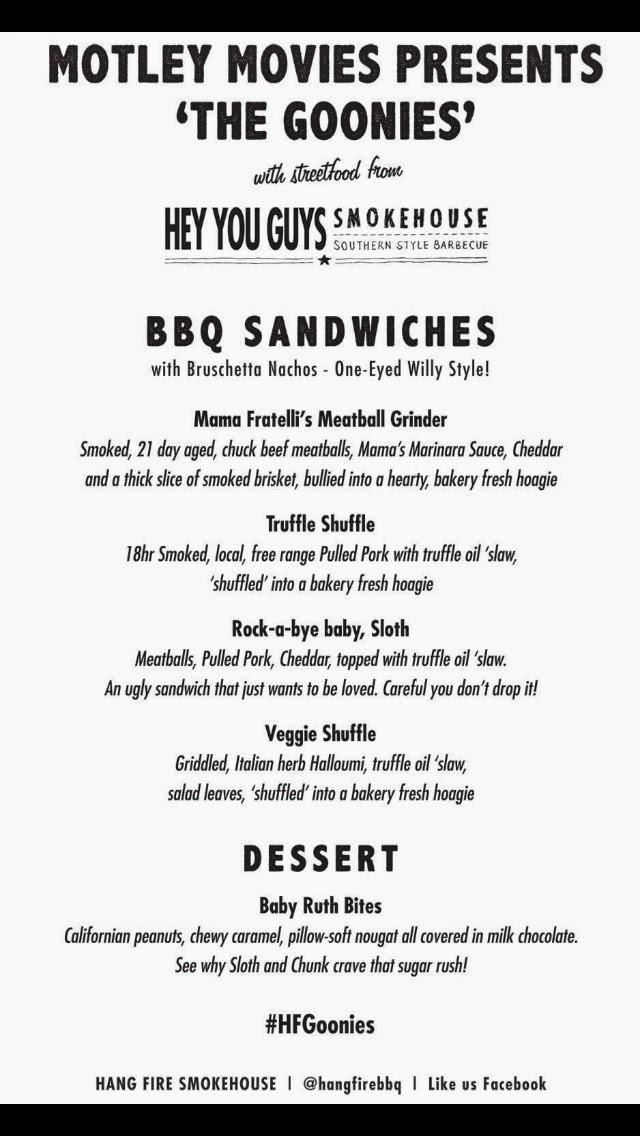 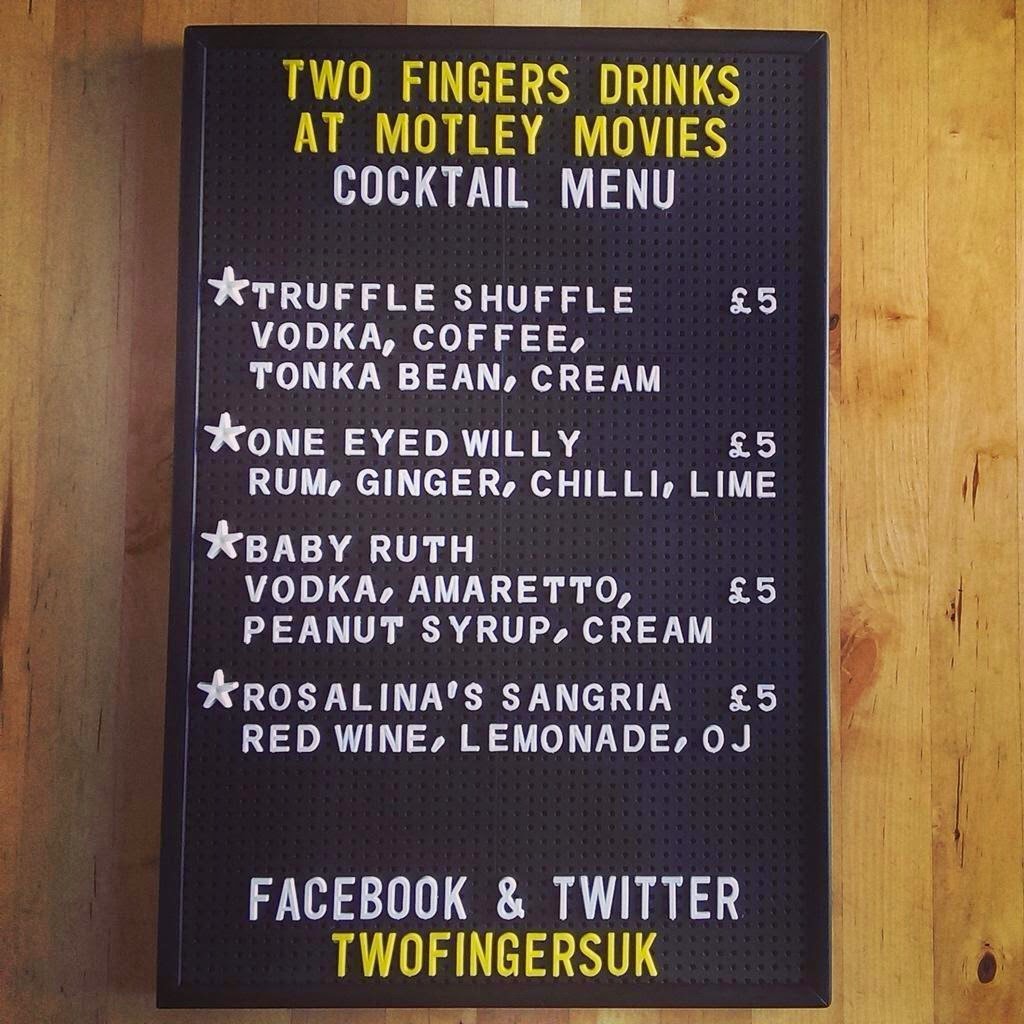 The movie as I mentioned needs no explanation but it was fair to say the audience was full of fans judging by the laughing and cheering at choice moments throughout the film. At times during the movie the surrealness of watching the Goonies on a roof top in the middle of Cardiff surrounded by office blocks and other recognisable silhouettes of the Cardiff skyline brought a smile to my face.
With the promise of an Indian Summer and one more weekend of Motley Movie fun I highly recommend you try and get a ticket. You will not be disappointed!

Well what a summer it has been! I can't believe my last post was 2 months ago, the time really has flown by. With Baby Clonc in our lives now time really is a valuable commodity. It's been a fantastic if somewhat tiring summer for me personally, full of great weather (mostly, I would say), weddings and of course food. Over the next few blog posts I will hopefully catch up on the fantastic food we have eaten and lovely places we have been in a rather more concise fashion to get back up to date with my foodie experiences.
Posted by Kitchen Clonc at 02:31 No comments: