Set in a rather functional looking building in this unassuming part of town, The Discovery in Cyncoed is the newest offering from the Knife and Fork stable and after a 'Conway' style makeover has opened its doors to the public last weekend.
We visited on their opening day for lunch, on entering the building we were greeted by a large dining room decked out in an eclectic but contemporary style with the main bar at one end. In addition to the main dinning area there is a bar with more tables to the back of the building which opens out onto a good sized beer garden which looked fantastic in the sunny weather last weekend and is sure to be a firm favourite for locals if this weather continues. Its fair to say that this place is big but some how manages to still retain the feel of intimacy especially in the main dining area.
So onto the food.....at this point you maybe wondering where the photos are? The truth is the food looked so good and I was so hungry I forgot to take any and by the time I realised the plate of food had practically been devoured! Also the photos I did take were rather poor and I did feel a bit self conscious of taking photos of the food with other people around. I'm unsure where I stand on the point of taking photos of food you are about to eat in a restaurant. I understand that the presentation of some plates of food is worth keeping an image of to share with your friends and family but also there is something to be said about just putting the camera phone/camera away and enjoying the experience. All I know is that I'm more likely to try a restaurant based on someone's account of the food rather than a picture of it. I did however work up the courage to take a snap of the menu which is on blackboards keeping in trend with the other stable mates and has some cracking dishes on it.
No one else I was dining with wanted a starter but I couldn't resist the Crispy aromatic duck egg, shitake mushroom with wild garlic purée and onion ash. Seriously how could you say no to that? A crispy edible shell around a soft boiled duck egg on a wild garlic base and a trail of onion ash. Truly delicious and delivering on all levels, taste, texture, smell and excitement!
For mains, two of  my dining partners had fish and chips which they seemed to be delighted with and Mrs Clonc had the Salmon and local nettle cake with horseradish crème fraiche which she enjoyed but what the local nettle brought to the dish was not apparent, at least not to Mrs Clonc that is. I had a beautifully cooked roast fillet of Ling, accompanied by a mushroom duxcelle and a rather interesting if a little heavy potato and cabbage cake.
To finish we shared a couple of desserts the Snickers tart, caramel ice cream with peanut brittle which I did not try but by all accounts was delicious judging by the mmmm.... sounds coming from that side of the table. I ordered the raspberry ripple baked Alaska with raspberry mouse and red wine caramel. In a word, heavenly,  if you have never tried a baked Alaska then this will blow your mind (well maybe not blow your mind but you certainly will not be disappointed!). Soft gooey meringue lightly blow torched giving way to raspberry ripple ice cream on a sponge base. Brilliant! Weirdly for me it brought back memories of 'Mr Whippy' ice cream drenched in raspberry sauce that then proceeded to drip all down your hand.
The wine menu is as good as you would expect from this class act with a decent selection of styles and price options, they also serve a well chosen selection of craft ales.
The bill for four of us with four soft drinks and a beer came to £62.65
The verdict is that as soon as we had left I was planning my return. I think this place is a real gem and definitely urge you to make that Discovery for yourself. 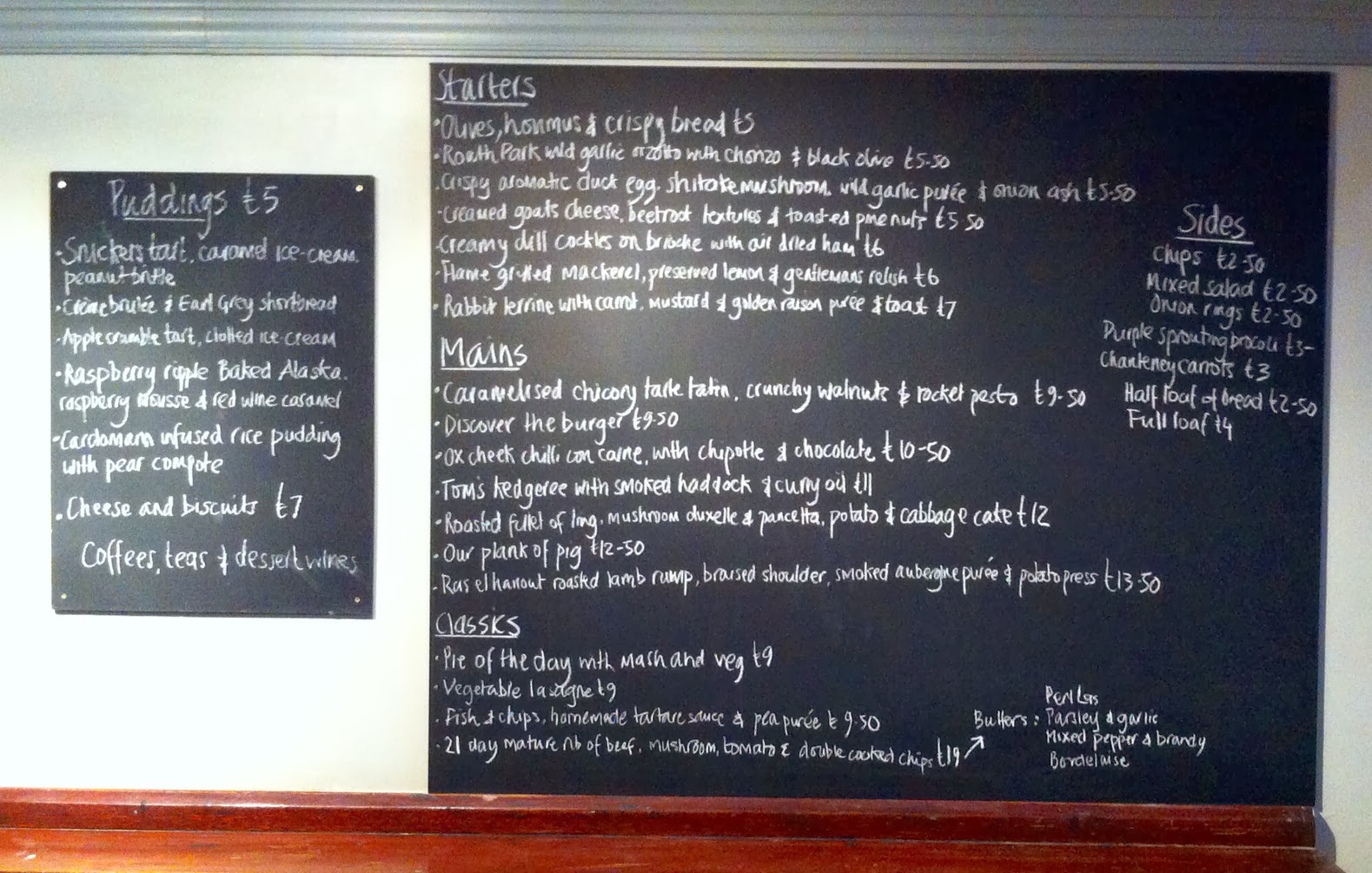